Design and fabrication furniture project started as a research for a commission to complete the space of an Art & Architecture AA[n+1] gallery in Paris. The immediate contextual constraints made such a project to blur disciplines and codes between scales, resolutions functions and materiality. Its main requirements were to function both as a front desk, and a landing step for a sur elevated corridor, while avoiding an existing structural post. Two main horizontal planes were then used to drive the shape and derive a proto-structural envelope to be optimized and play with the site conditions. Following an integral design strategy, we then iteratively optimized this envelope, constrained by the two planes and their applied forces, to both provoke an architectonic directional behavior reflecting the inner façade of the gallery space, and construct structural conditions (cantilevering, anchorage, u-shape beam assembly, 3d truss elements). To follow such design logic, we opted for one single material component — metal rod — of one single standard size – 6mm diameter – which would be subject to differentiations in space through the single process of non-standard robotic rod bending with ABB 4600 robotic arm, and TIG welded on site. For this phase, the robotic toolhead and bending station were designed and produced. In order to control the metal springback and elongation while the process of bending of basic machine learning algorithms and on the basis of the created databases- we managed to develop a predictive model of the deformations of any

The final furniture is a desk of 5.5m length, 1.4m width and up to 0.75 m height. Its structural performances are not overemphasized but rather used to amplify its relations with the surrounding space. While functional and flowing directionally with the circulations of the gallery, its material conditions and fabrication process makes it both a sequential, standard and industrial object, and a differentiated one. Its morphostructural state, halfway between volumetric and surfacic, structural, ornamental and functional makes it a deeper object to reflect the artistic content hosted by the gallery itself. 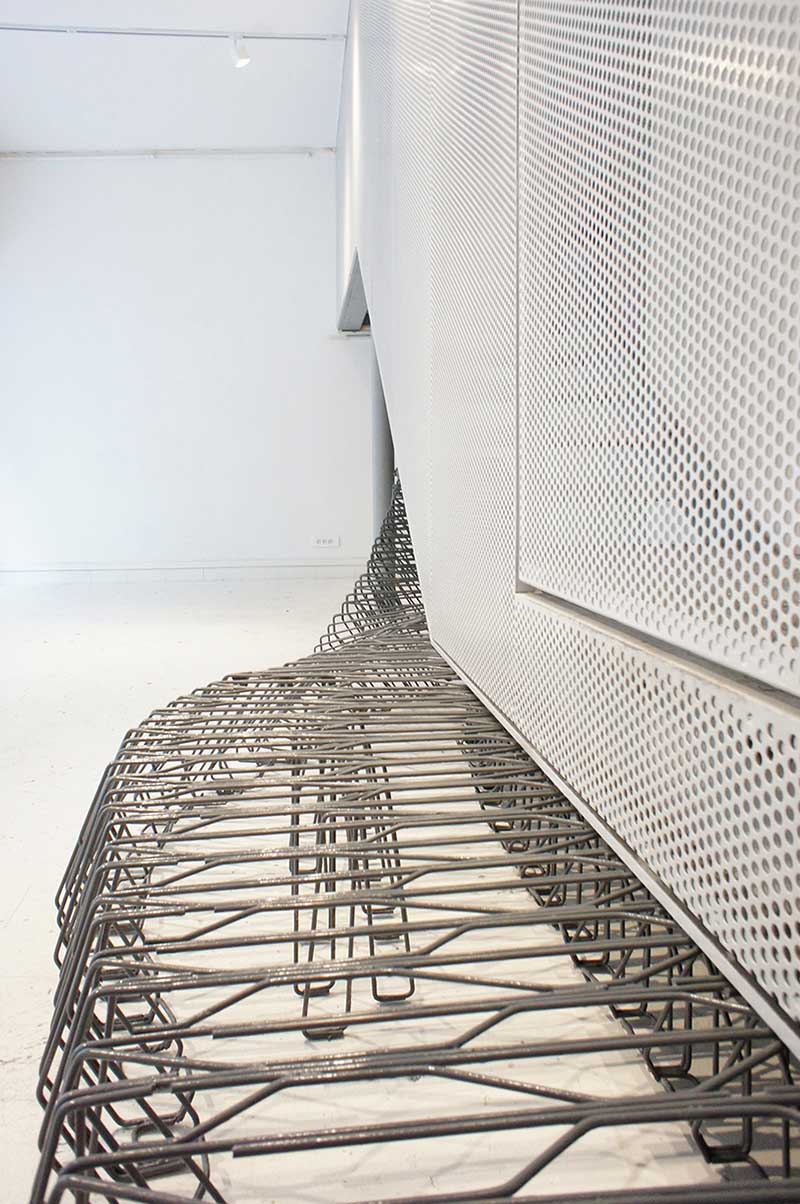 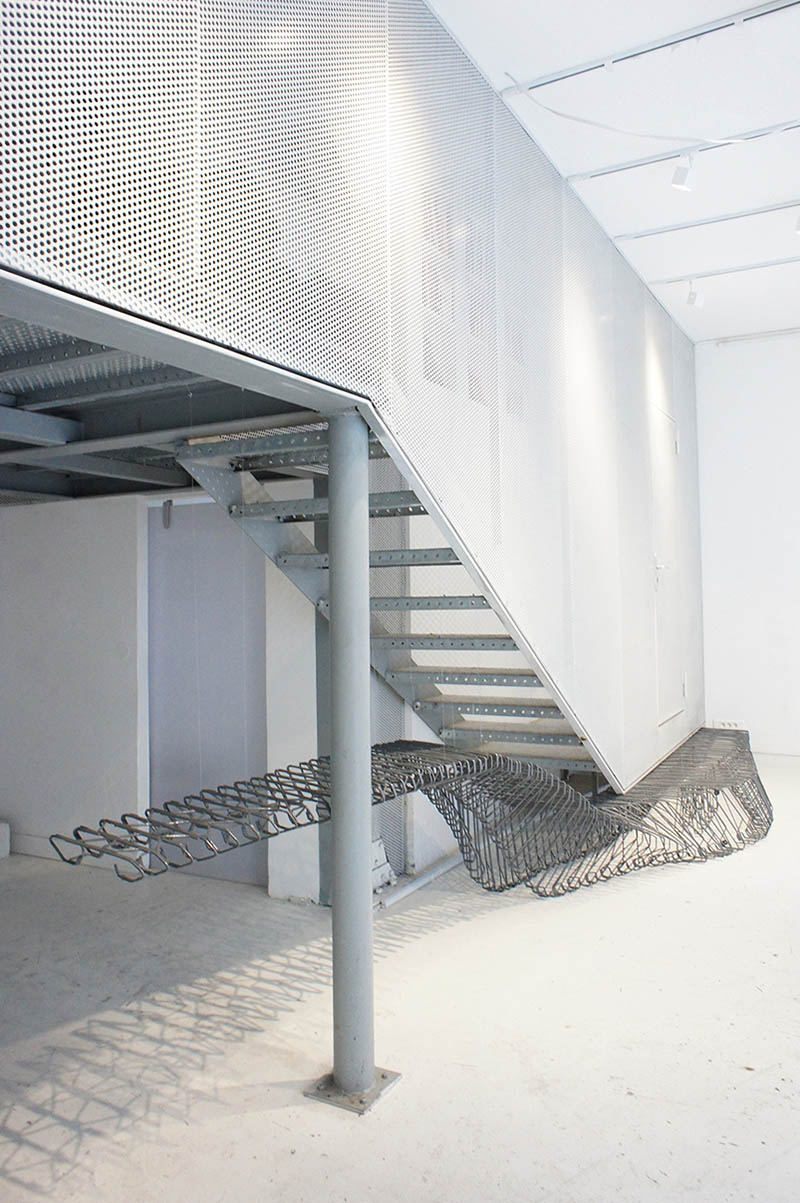 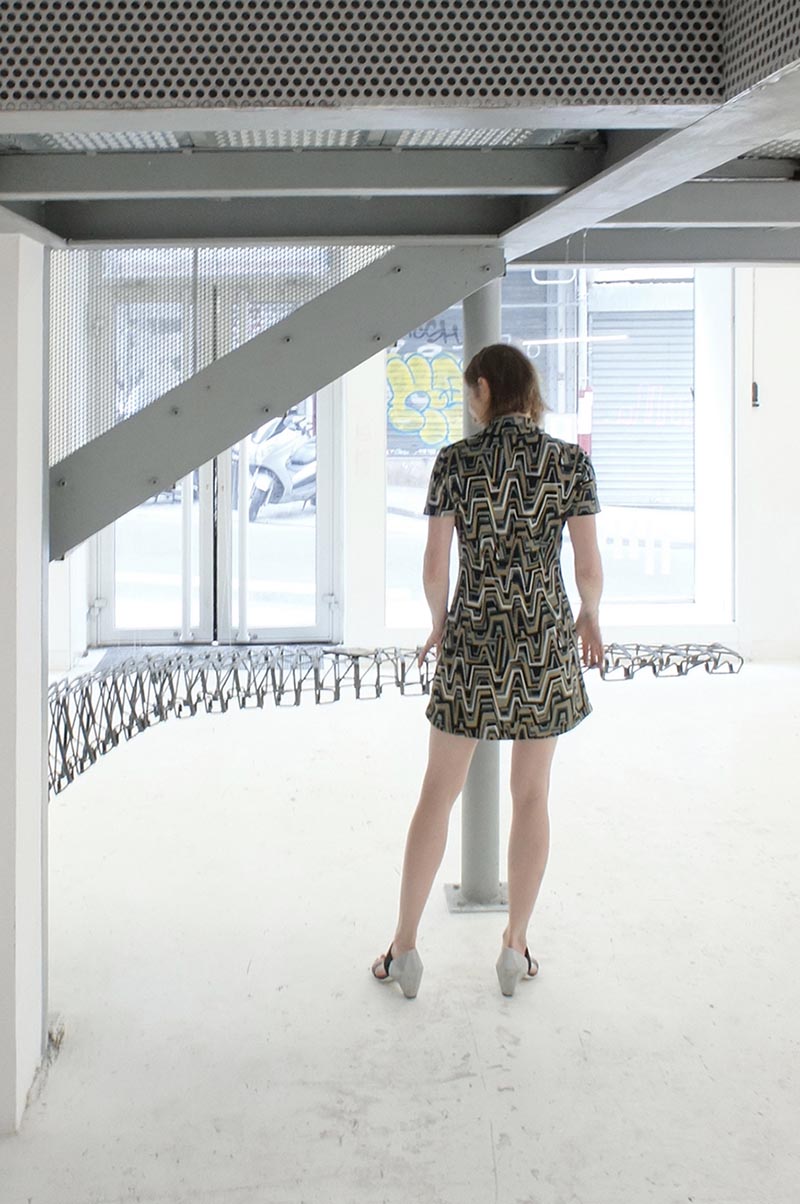 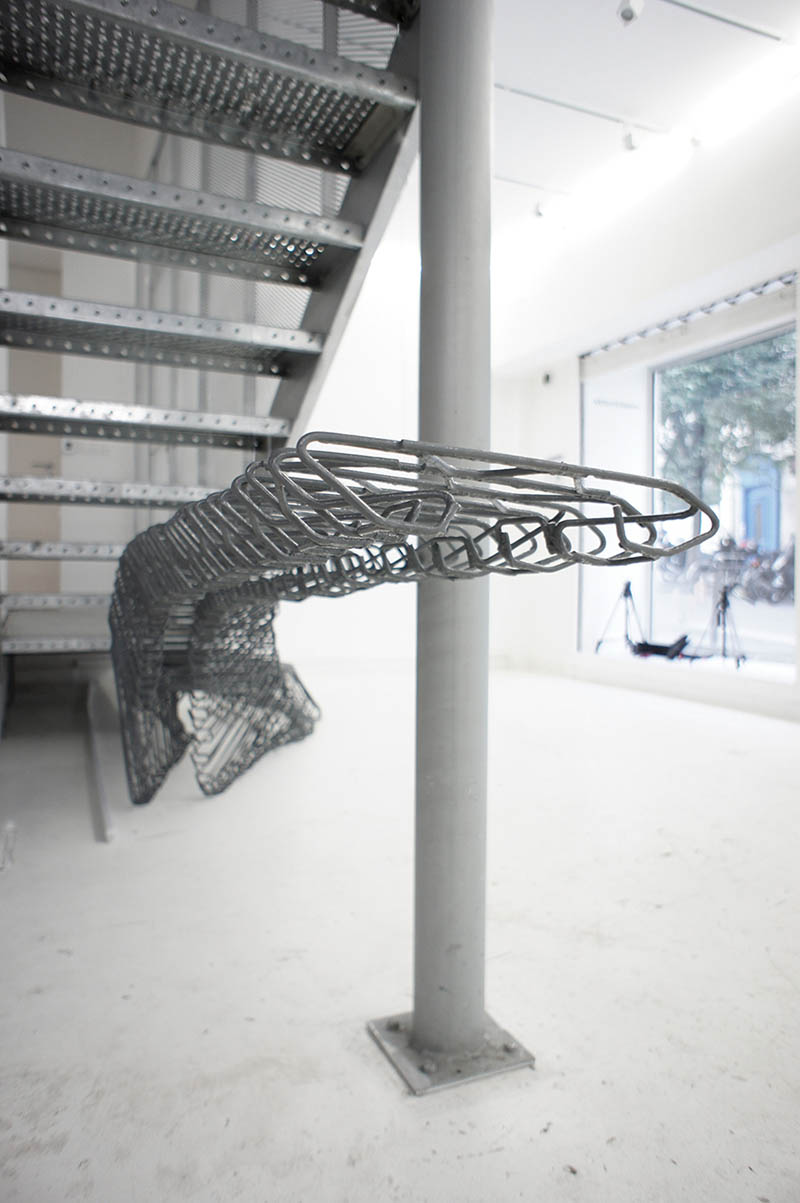 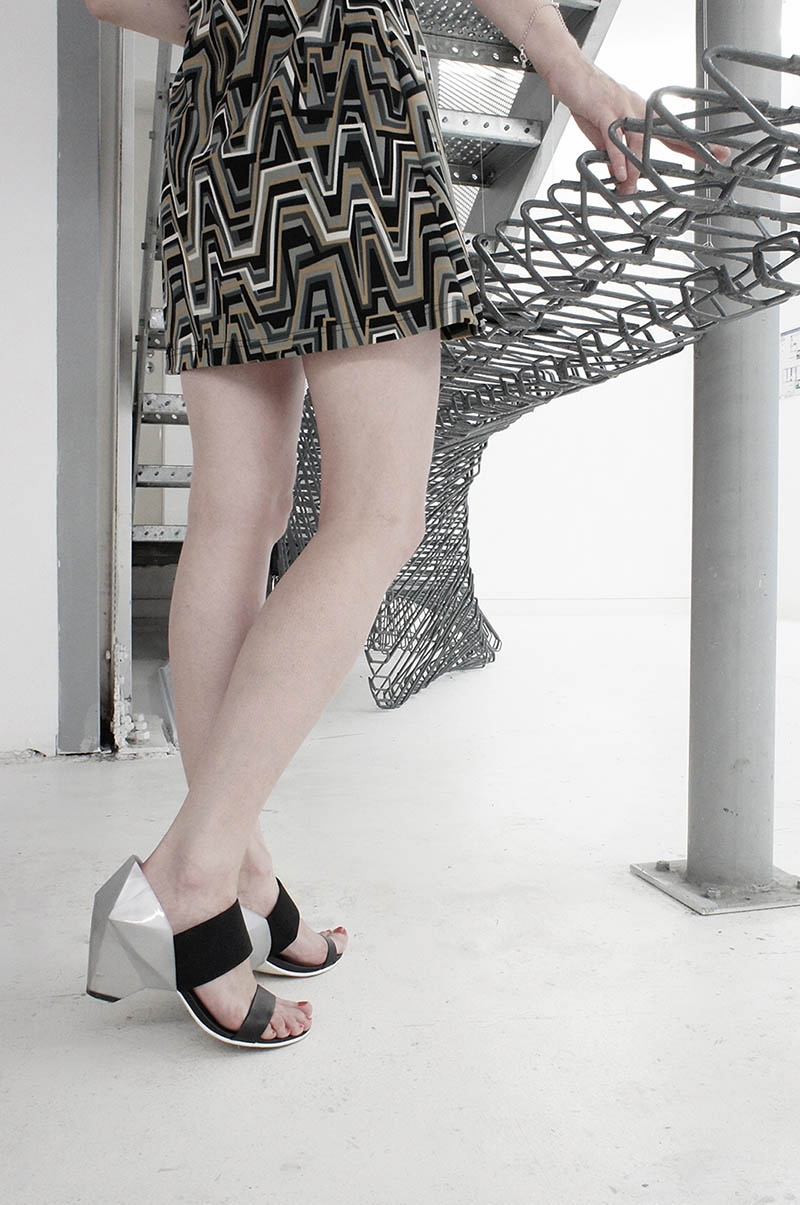 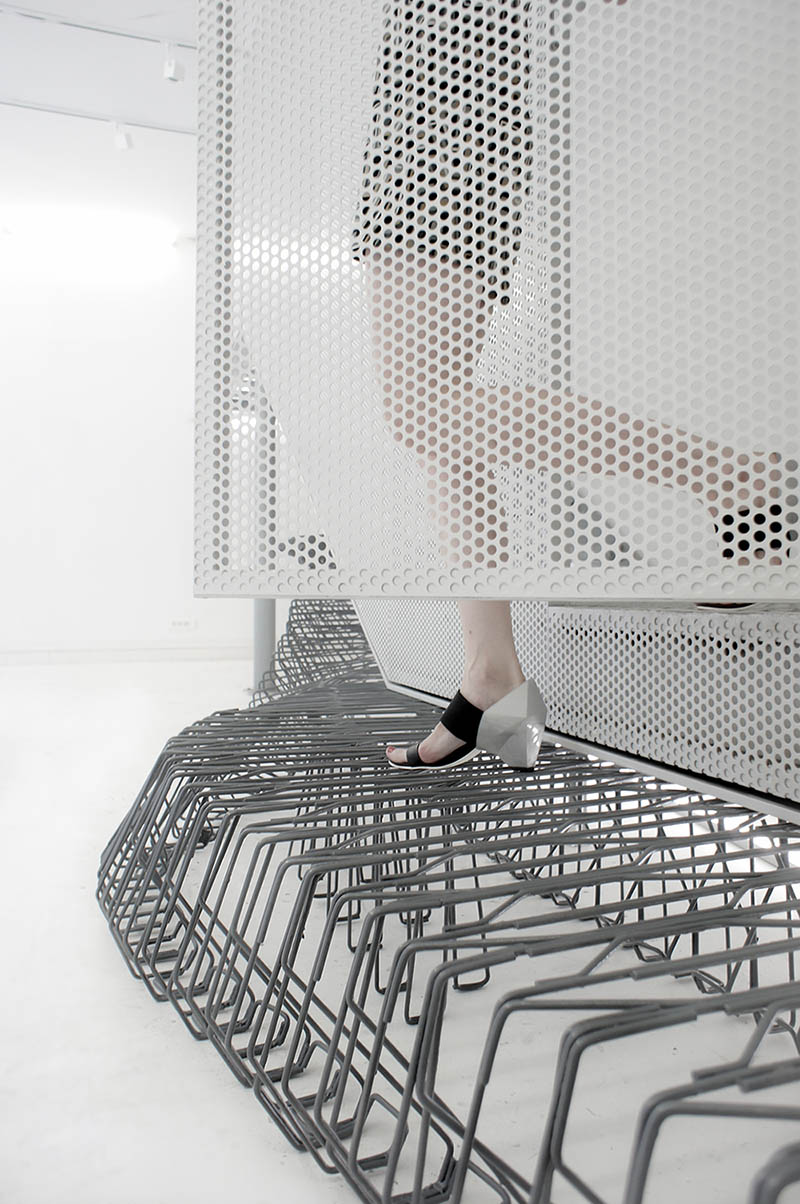 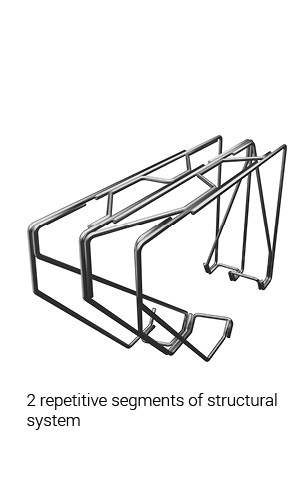 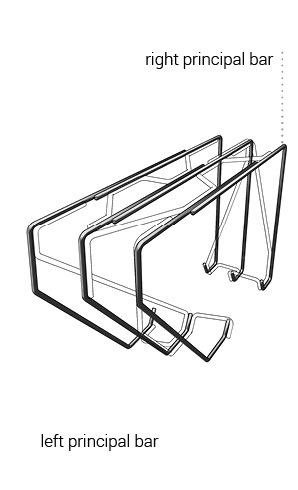 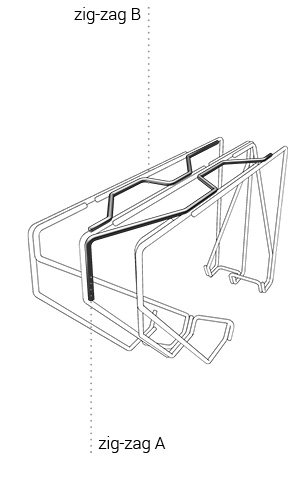 Project of the front desk was awarded 3rd prize in the furniture EVOLO competition 2016.

On the basis of that research further developments are taking place: intensive workshop at ENSA Paris-Malaquais, Digital Knowledge in February, winter school in Zakopane (March, Poland), where non standard space frame generation processes are going to be tested and verified.

The development of the project is to be presented during Design Modelling Symposium in September 2017 in Paris. 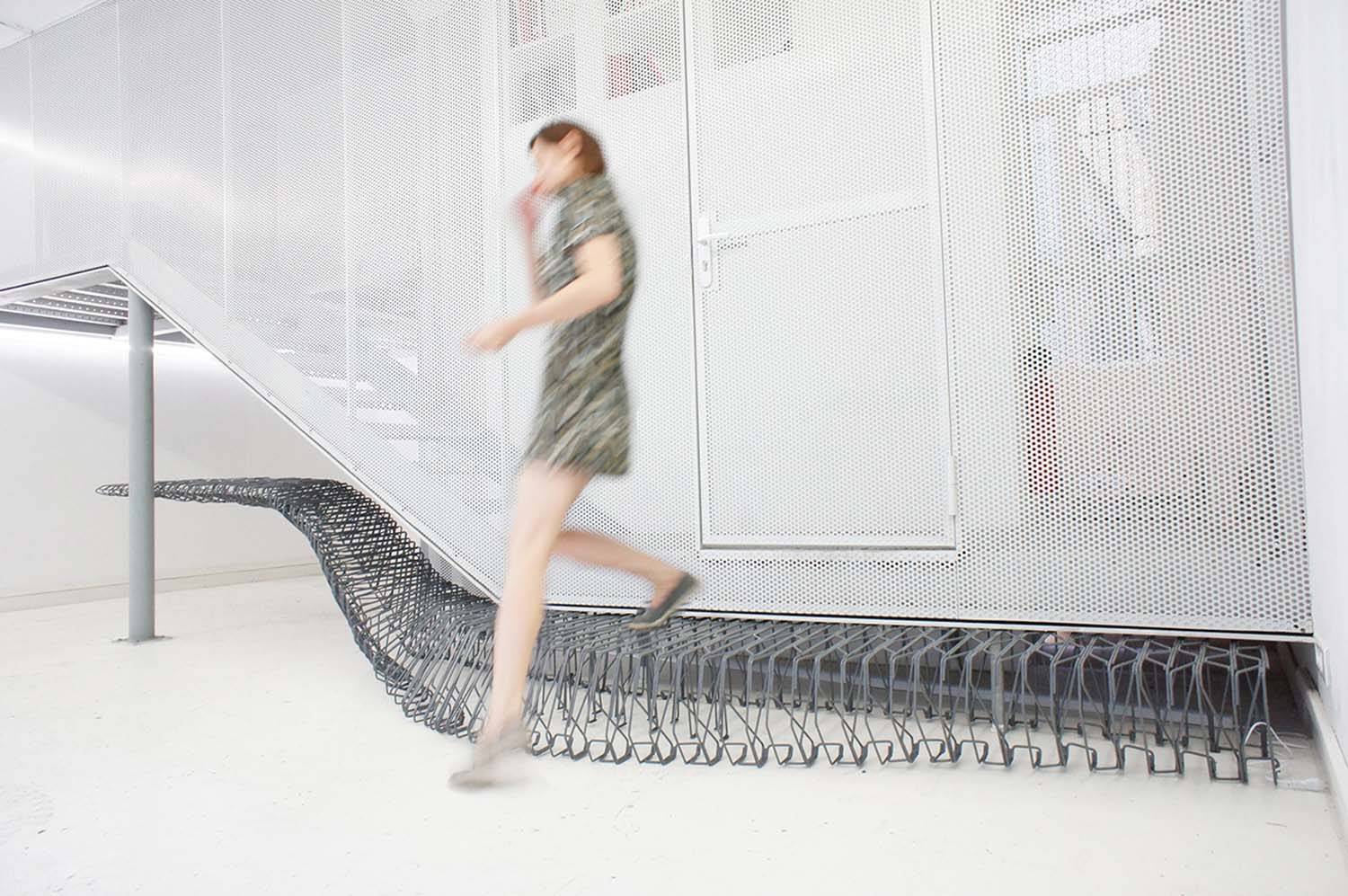 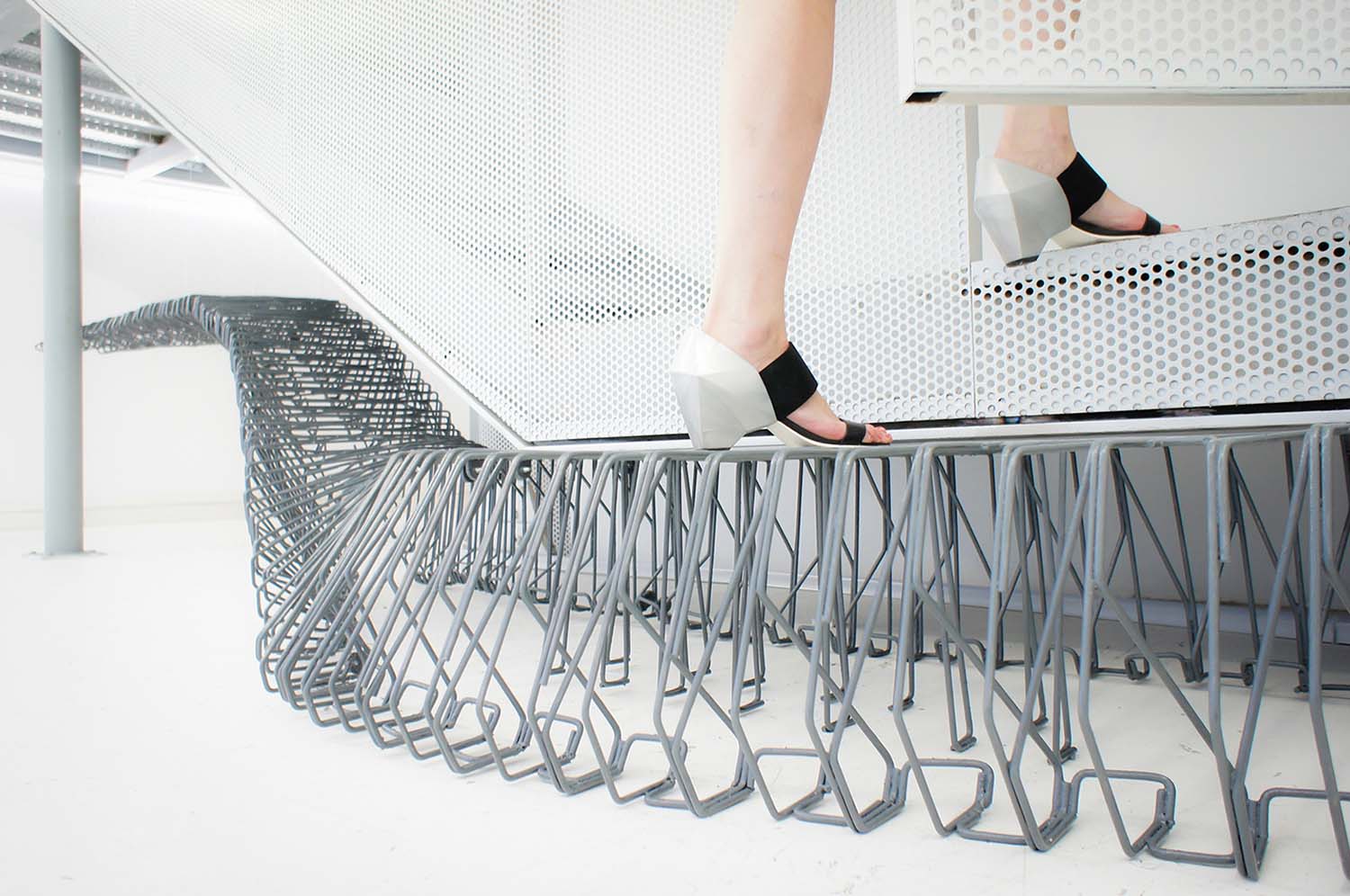 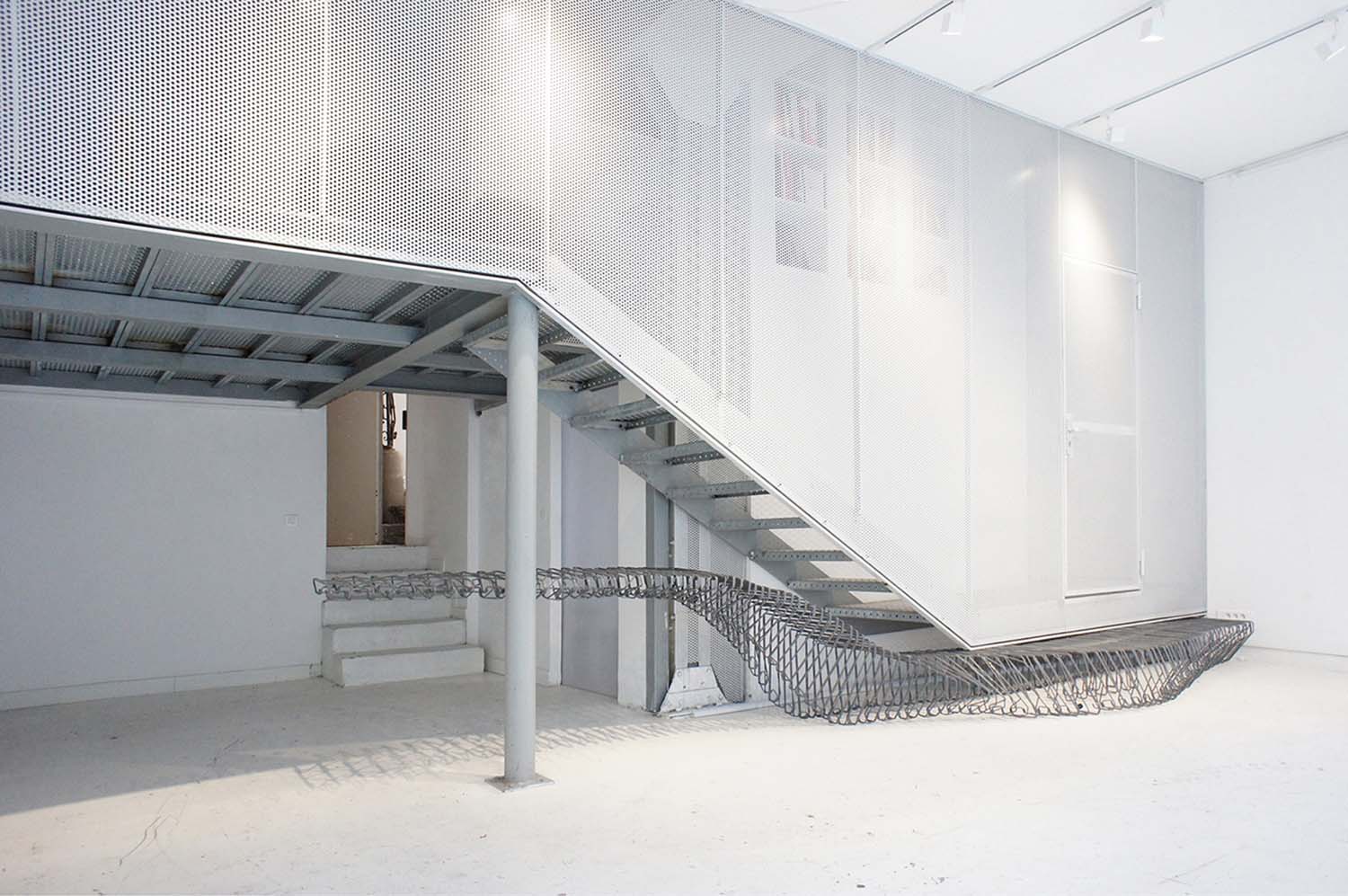